First things first: I fuckin’ love movies and know this is all subjective anyway.

But with the Oscar nominations announced, it’s officially Award Season in Hollywood, which seems as good a time as any to do a 2022 year-in-review for film. I’ve long since given up on Official Awards, but still enjoy keeping track of my favorites. (You can too, via Letterboxd.) Anyway. On with the show.

The biggest difficulty in discussing cinema is that there are movies and there are films. The difference really comes down to the ambitions of the filmmakers involved—are they trying to entertain, or are they trying to make something more substantial? I think of the exchange in 2009’s art-house indie, (untitled):

Monroe: What is the difference between art and entertainment?
Madeline: Entertainment never posed a problem it couldn’t solve.

When it comes to movies, I see it as a ‘square and rectangle’ situation: All art films are entertaining, but not all entertaining movies are art. My favorite cinema experience of the year—an opening weekend, imax screening of Top Gun: Maverick is proof of this. The movie is blatant military propaganda, but holy shit was it a fun time. It wasn’t trying to say anything other than, ‘please give the military more money for planes,’ but it said it in the most fun, tense, edge-of-your-seat way possible.

On the flip-side of that is Tár, which also looks at the idea of American exceptionalism through the backdrop of My How The Times Are Changing, but along cultural lines and without a push to create any narrative of one concept being better or worse than another. While Maverick was the best theater experience I had, this is the best film I saw in 2022 (and Blanchett gives just a mind-boggling performance, holy hell). Though the two aren’t really comparable, both were great. Thus, the movie vs. film dynamic.

The Banshees of Inisherin

Still then there is the personal favorite. Hackers is one of my favorite movies ever, but I’d never say it was award-worthy. For 2022, the only personal favorites of mine that got much attention for awards were The Banshees of Inisherin and Triangle of Sadness. My favorite overall—Crimes of the Future—is nowhere to be found (which I can understand). Surprisingly, though, Nope, Decision To Leave, and RRR also failed to get much ‘official’ attention. (The fact that the two latter titles were snubbed of foreign film nominations is criminal.) 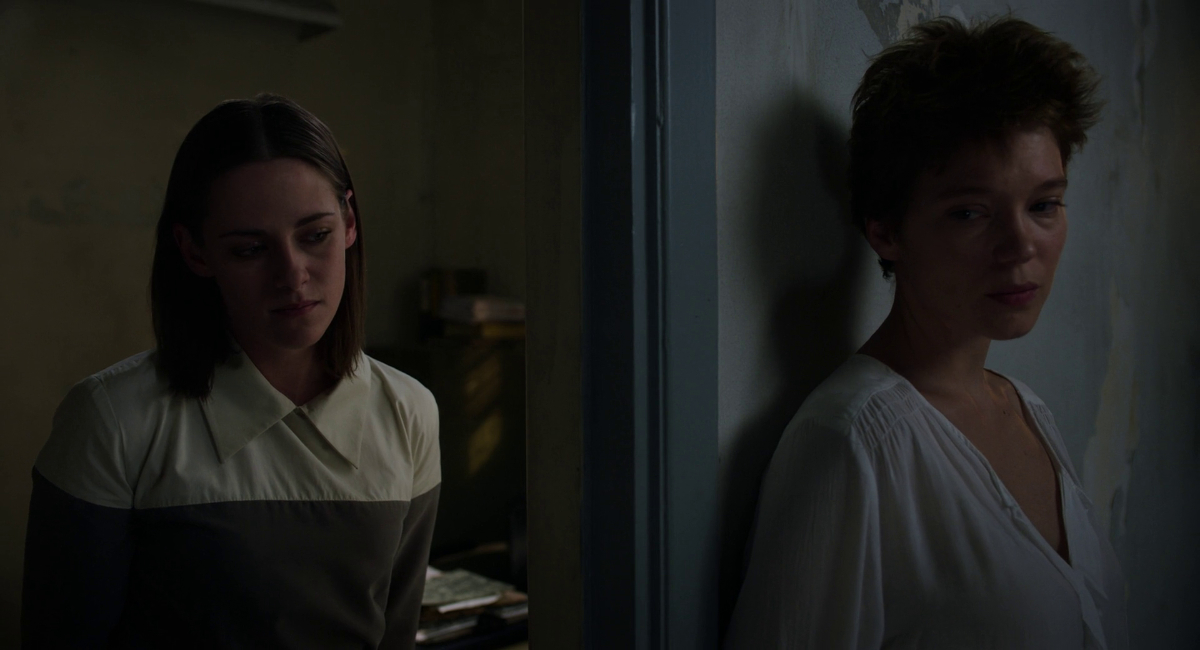 To speak of just fun movies though, The Outfit, Jackass Forever, The Menu, Everything Everywhere All At Once, and The Northman all made actually going to the theater a great experience. Hopefully Hollywood continues trying to make movies that have nothing to do with comic books. (That said, The Batman was fun as hell, too.) 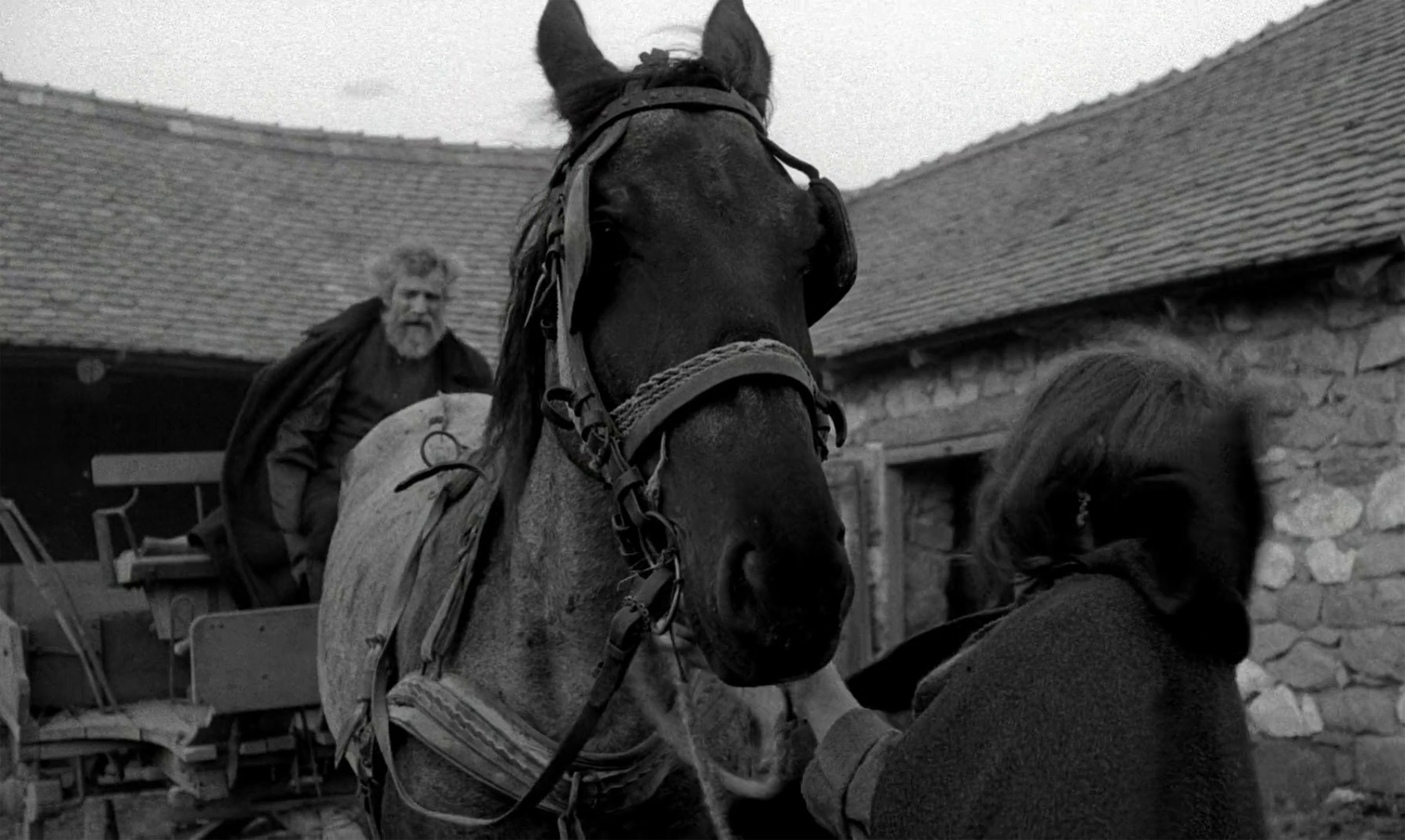 Finally, the failures: again, I see this as a ‘film vs movie’ situation, but in failed attempts. I’ve never walked out of a movie, but Amsterdam and Moonfall were two that tested my resolve on that this year. But they were just trying (and failing) to be a thing to watch. This is why Don’t Worry Darling has to be my vote for absolute worst trash this year, for it was so easy to see how much it was trying to be, while ending up as not much of anything at all. Fortunately, I know I’m not alone in my thinking, as by the credits people around me were laughing, and upon leaving the theater talking about how so very bad it was.

There are already a handful of titles I’m anticipating this year, but I am really looking forward to delving more into foreign films and going through the ourvere of specific directors—like everything Cronenberg did prior to Eastern Promises. And I’ll probably re-watch everything I posted about here. (Except the final three.)

(It’s strange to me how end-of-the-year lists work. People start posting their annual best-of lists in early December, like there isn’t a whole month left. I would love it if someone like Kendrick Lamar dropped some jaw-dropping record without notice on Christmas just to fuck up all the media’s prepared awards. Anyway.)

Doing a year-end list for music is kind of strange, because while I dig hearing what is being made these days, a lot of music discovery happens looking backwards. The album that blew me away more than anything this year was actually from 2021—Inner Symphonies by Hania Rani and Dobrawa Czocher is just five-stars through and through. I saw a tweet that said Welcome Interstate Managers by Fountains of Wayne was bangers front-to-back and I am ashamed to say I missed this in 2003 because it’s the most fun I’ve had listening to an album in some time. (This was my fault for overlooking, as their self-titled has been a personal favorite since it came out in 1996.)

A few weeks ago a friend recommended me World House by Mil-Spec and I haven’t stopped listening since. I forget who turned me on to Psychodrama by Dave, but I’m certainly glad they did.

Point being, year-end lists to me can be pretty boring because critics tend to gravitate to a similar collection of stuff that isn’t bad, but doesn’t do any justice to the idea of actually discovering music over the course of a year.

That’s not to say there wasn’t a great assortment of albums out this year. I’d have to decide by a coin flip if Diaspora Problems by Soul Glo or Animal Drowning by Knifeplay would be at the top of my list—although somehow Gospel got back together and made The Loser, which is not only awesome but the 2005 version of me screaming what means of witchery! is very, very stoked on.

There was also a nice selection of woe from women between Big Thief’s Dragon New Warm Mountain I Believe In You, Nilufer Yanya’s Painless, Lykke Li’s EYEYE, Weyes Blood’s And In The Darkness, Hearts Aglow, Jensen McRae’s Are You Happy Now?, and Claire Rousay contributed a few good works including wouldn’t have to hurt and everything perfect is already here.

Then there were some decent eclectic sounds—Cheri Knight’s American Rituals, Moin’s Paste, and Wojciech Rusin’s Syphon. In terms of straight instrumentation, I loved the return of Esmerine with Everything Was Forever Until It Was No More and Jessica Moss’ Galaxy Heart. (Also notable: Air by Sault and For McCoy by Eiko Ishibashi.)

I don’t even try to keep up with how fast hip-hop moves in terms of new looks, so I stuck with the classics—Kendrick, King Push, Earl, and SZA.

In the end, what I like most about this list is what isn’t on it—what gems of 2022 I’ve yet to find, that ultimately will be on some future list under Why Was I Not Listening To This Then. Like, I just got into Tim Hecker and I already know there’s a ton in that catalogue I’ll enjoy.

That will always be a wonder of music (as well as the visual arts)—they are able to be found and rest in the present moment with an audience while also providing a portal to the past.

Beginning At The End

The brief and pungent cackle of humanity spews out in fireworks and sirens and idling cars and the gaggle of passengers greeting drivers, their bottles clank and doors slam shut.

All around, in a passive and steady cadence, the wind wails through the trees and their palms, the rain patters down upon the streets and the cars and the people to the beat of inevitability.

Some might call it a celebration, but as the noise of the machines fade and voices cry out in abrupt abstractions, it all sounds like protest to me—a fear that the wind continues to carry it all away; a reminder that we can mark the passage of time all we like, but none will survive it.

For now, my cats remain curious and comfortable. They know nothing of the New Year, but I give them a handful of treats nonetheless. The rain brings a certain fresh air that reminds me of Portland—the past sneaks up on us all in subtle ways. But I am no longer there, and it is no longer then.