Colin Smith (b. 1982) developed his practice by taking his individual exploits—visual art, writing, photography, and sound—and exploring the mediums and methods that could be realized in combining them. Subject matter begun at autobiographical and from there moved into languages ranging from power dynamics to cultural critiques to relational psychosis.

A primary principle of his practice is Use what you have—a method that has been the constant in all of his work. Smith has always approached creating art from utilizing whatever tools happen to be available, often resulting in work defined by his immediate circumstance as much as its concept. Inspired by his youth when sometimes only a ball-point pen was at hand, it continued through a life when his travels would often limit what was around to work with. It’s also a nod to his belief that all people have a creative voice—that everyone is an artist at something, whether or not they have the opportunity to discover it—and that working against the limits of reality is part of what gives art a universal appeal.

Formally educated in principles of institutional communication—jouranlism, graphic design, and advertising—Smith has been primarily self-taught in artistic pursuits. Growing up in the sliver of a generation between X and the Millennials—where a transition from analog to digital media overlapped with the United States’ ongoing militarized support of capitalism—his work began conceptually focused on the diminishing value of language and its correlation to an increasingly fragmented society.

Now based in Los Angeles, Smith has returned to a more traditional approach to aesthetic, framing personal narratives instead abstract representations of global constructs. He continues to work on attempts to communicate with and relate to others, regardless of subject, believing art remains the first and best example of something that is by and for the people. 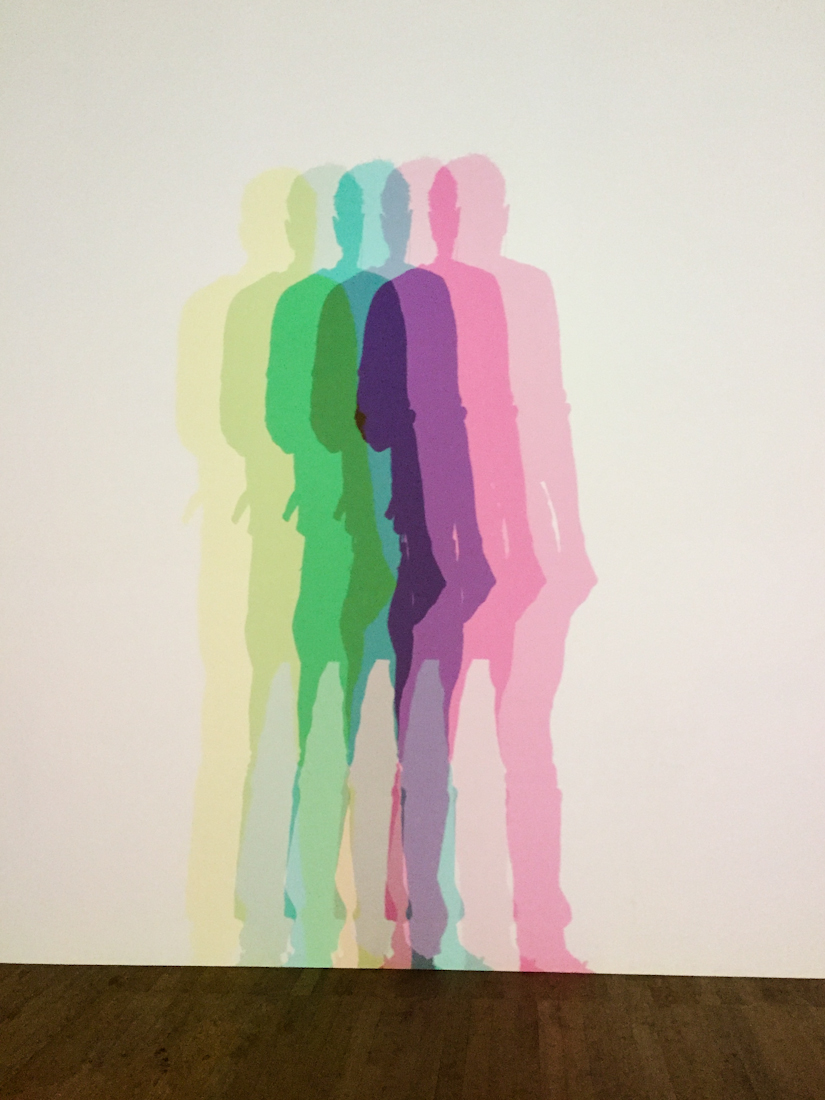 Self-Portrait at In Real Life

Many people are driving as fast as they can for the sake of speed alone, and nobody seems to be paying attention to where they are headed. Is this because they are un-afraid of the danger? Or perhaps they do not wish to experience the journey, only enjoy the destination? Maybe they have lost sight of the road in the fog, and in waiting for it to re-appear, have not yet realized they’ve driven off a bridge some time ago…

I believe art is a translation, a language of energy expressed over time, through the generations. It reminds us of our limits and guides our attention to the needs of the moment. It inspires the potential of the future. This is a role that, currently, is at a point of great peril.

The digital world and its capitalist arbiters have subsumed the nature of art from the representatation of all the intangible parts of a person (or people) into a junkyard marketplace, where everything is measured in monetary value. Cynicism spreads like a plague, disguised in likes, favorites, follows, and swipes. Everything from a creation to its creator exists first as a thing to be judged.

This is an absolutely deranged and inhuman approach to life and the possibilities that come with creativity and inspiration—so it makes perfect sense as to why controlling the idea of art would be a priority of those who seek to establish power in this age of technological flux. If art is just a type of computer file or an artist judged by marketplace disruption, we are surely doomed to endure the dead-eyed world of the exclusively online.

The fog of time is thick and obstructs most visibility of what is to come, and yet these maniacs and their market-based interests remain pedal to the metal, foot to the floor. I believe in this moment, art is not the signs along the roadside or the guard rails at a tight turn, but rather the ground itself. It can be a path away from the road or a mountain to climb—but it is not simply a roadway some heathens war over control of; it is as vast and varied as life itself.

Note: Listed shows all took place in Portland, Oregon. Due to the pandemic and personal health concerns, I abstained from showing or performing work through 2022. This should be changing in early 2023.

Typography is run through Adobe Fonts. Three font families are used to design the site:

Two faces from the Miller family are used: Headline for page and section headers, and Text for personal writings.

On the engineering side, colinsmith.art is hosted by Opalstack and runs from a custom combination of a few existing structures:

Skeleton and WordPress are responsible for the responsive framework and content management, respectively.

The navigation menu was sourced from Àlvaro Trigo.