there are so many wonderful faces of the moon—hidden in an eclipse at midnight or a half-circle of bright white in a clear blue afternoon sky. a gateway to the heavens with just enough detail visible to the eye, constantly hinting, there is so much more out there.

the only evidence of humanity on the moon are some footprints and, shamefully, a flag. already a declaration of ownership, of property. nothing we can see, but it’s still there, a lesson we can learn from or a failure we can emulate. more than likely, it’ll be the latter.

combining this evidence of the past with the obvious ambitions of modern billionaires to bring the ‘free market’ to space, i cannot think of anything more shameful that the idea of colonizing the moon under the ambitions of capitalists. if their goals are realized, it would be another sign all hope has been lost.

like any colonization project, it would start with some form of slavery. nameless workers shipped up to assist in construction or mining, paying off the debt of their trip through indentured servitude. militias would fight over territory, planting flags with corporate logos as nations are left to collapse under their arcane politics on earth.

eventually, it’ll be a vision designed for kings of the future. we’ll see ‘the first casino visible from space’ here on earth. lights from hotels & mining facilities will litter the facade at night. a mcdonalds will open. an eclipse will be ruined when starbucks illuminates the largest display of lights in history to send its logo back to earth in an otherwise darkened sky.

to turn the moon into an extension of the worst parts of earth would be damning to the imaginations of all who live on the planet. once a source of inspiration, it would become just another example of everything the majority will never have.

(granted, a version of this occurs on earth already—obama’s drone program has made pakistani children afraid of the sky. death from above is always the call of the devil, be it napalm, smart bombs, or the lights from another reality reflecting the messages of capital: you are trapped in this hell, don’t dare to dream anymore.)

unless capitalism is destroyed before it escapes the planet—like some kind of plague set to ruin all it encounters—we won’t know what light is the dying breath of a star & what is a luxury palace for the wealthy as they look down at the earth & watch it burn.

As The Stars Die

the best news this week remains the photograph of the black hole at the center of the milky way galaxy. being all of a day or two old, the article has completely vanished from the front pages of news sites. but it’s still the most important. at a time when very little in this world could be considered inspiring—lives spent adapting to the whims of those who believe the rest of us exist to rotate around their idea of existence—here’s this picture of what we’re actually all rotating around, reminding us we’re all the same, small, meaningless beings on a random-ass spinning rock.

now, i love space—if for no other reason than earth is terrible & i am much more of a the devil you don’t kind of person. but i also get a photo like this would be easy for most to disregard, as it’s a few thousand pixels representing something thirty-two million miles across, while the earth is all around us. 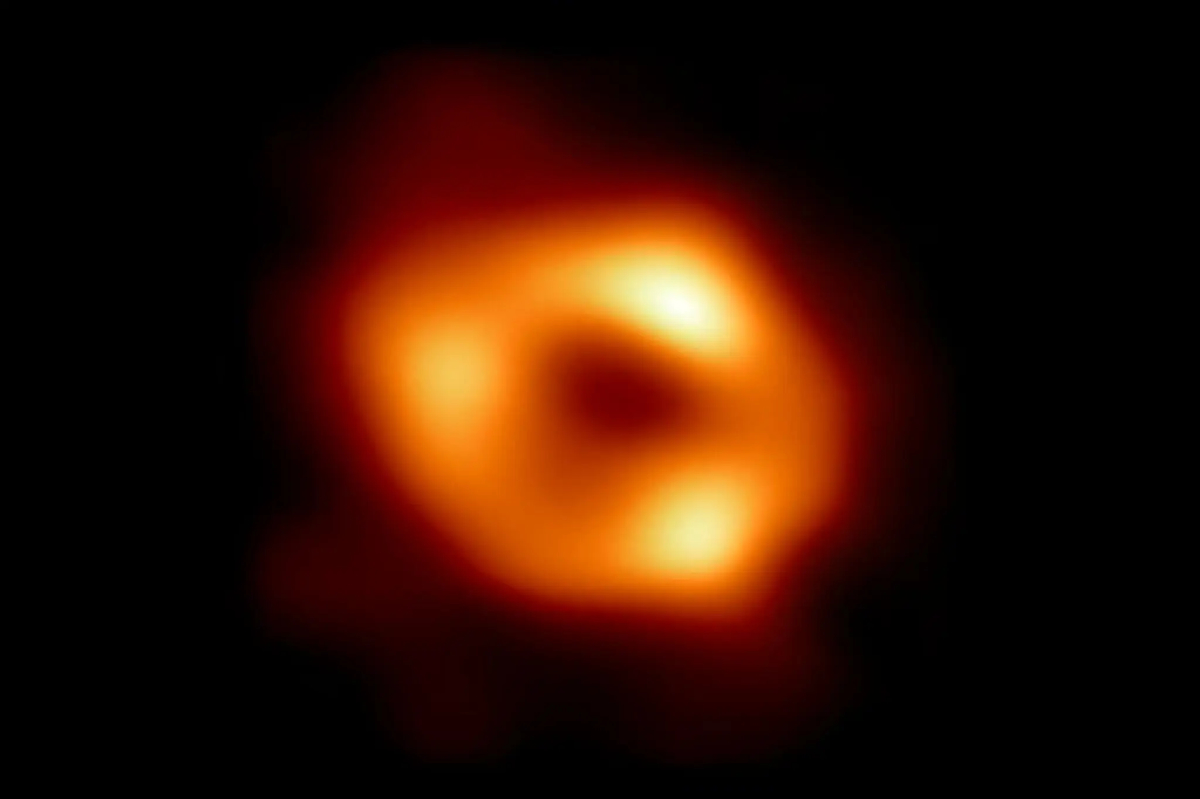 i understand why the united states gives the department of defense $800 billion a year, but i’ll never get it. why men choose empire over exploration is absolutely beyond me. the traditions of war have long overstayed their welcome, but the state would rather invest in its ongoing pursuit than imagine an endeavor to truly lead the world.

how wonderful it would be to live in a world where all this infrastructure would be used for inspiration—from space exploration above down to food & shelter for all on earth. we can see the actual absence of light at the center of the galaxy, yet remain consciously tethered to the invented concept of money & the horrors of greed it creates.

yet here we remain, stuck to imagining what it would like to be inspired by the society we’re trapped in.

What Could We Be