i did the film photographer’s curse thing again where four months passed without taking a single shot & thus i forgot what type of film was loaded in the camera. the iso was set for 200, so i assumed the roll was color—twenty-something frames had been exposed & i figured, what the hell, live dangerously. it was the wrong choice. 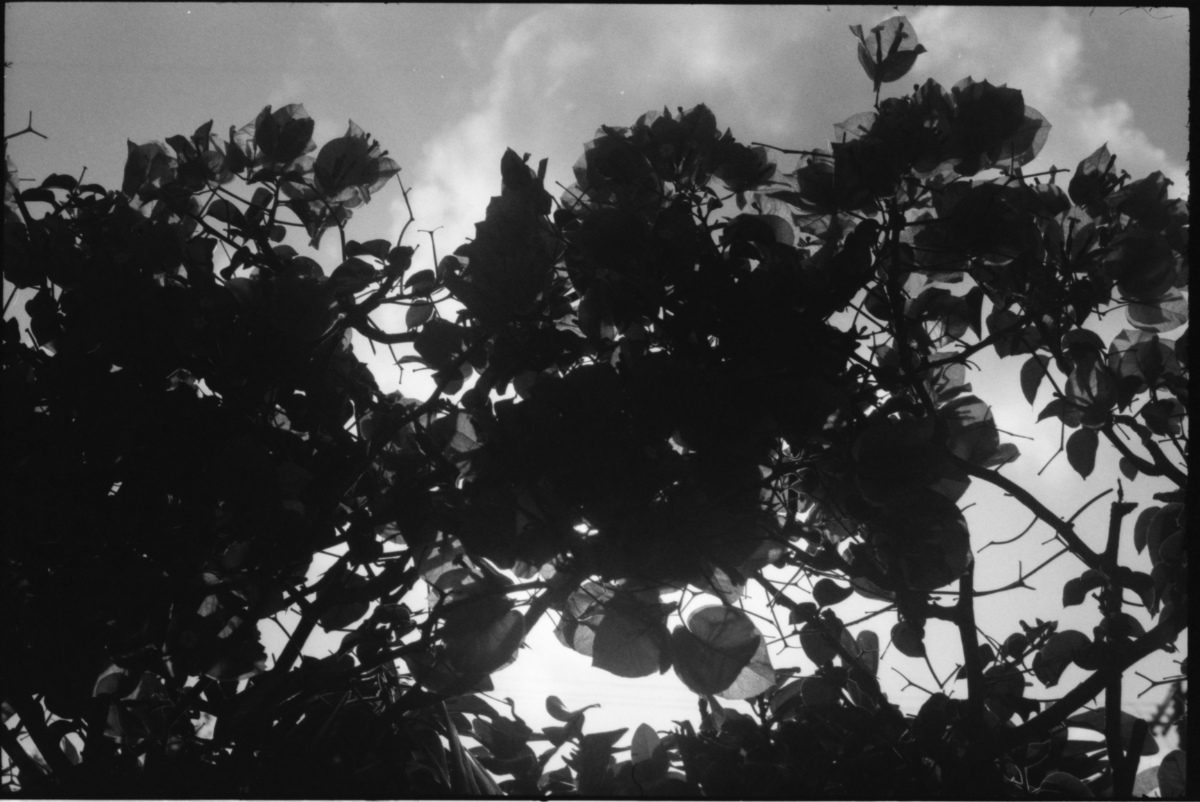 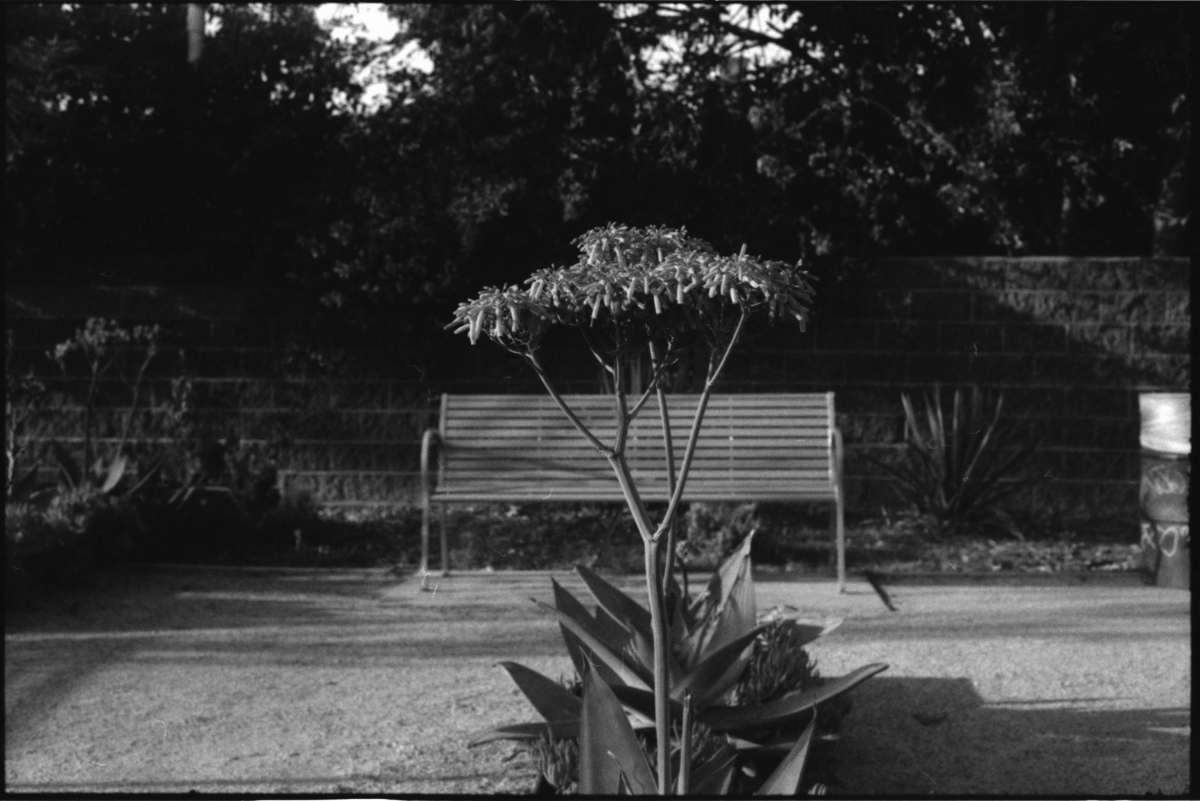 i’m currently helping my friend josh learn film photography, which is bringing me back to basics a lot in my own practice. he’s a big fan of color & all i said to that was, it’s a completely different mindset than black & white, you will develop an instinct to look differently at the same exact scenes. this roll that had been in my camera for six months turned out to be exact proof as to why.

black & white photos tend to be defined by their contrast, the inherent binary. it can be passive or aggressive in approach. with color, it helps to see scenes through soft eyes, understanding relationships of hue rather than shade. the subtleties of these differences make shooting color more complicated—this, of course, all concerning settings outside of studios or controlled environments—as the end result will be closer to the ‘real world’ of the viewer than a photo in grayscale.

so when i finished the mystery roll & it revealed itself to be black & white instead of color, i could immediately think of a number of photos i’d shot specifically for the color elements—the bright-blue bench behind a yellow flower at pan-pacific park; a variety of multi-colored tents at a farmer’s market in fairfax; an american flag fabric among rolls of arabic patterns in santee alley—and how now they’d be completely fucked up. though maybe not all would be bad, something intentionally made to be seen with the more nuanced, subtle details of color will not be realized in grayscale.

we don’t naturally see in shades of gray, so the black & white photograph immediately becomes an object with less of an intrinsic relationship to life. like painting, scales of realism adjust how an audience will or will not relate to the work. it doesn’t make one superior, nor does either escape criticism. but they do require being assessed & critiqued in specifically different ways because of this.

the same can be said about people.

there are no easy endings in life. i’d imagine half the pain that comes with a finale are cumulative efforts to stop it from happening. i’m currently trying to cope with the loss of a long-time friend whose reasons for ending contact make little-to-no sense to me. over & over i review exchanges or reasons—all i can come up with is that it’s similar to a critique of a photo. people are all color prints, with plenty of tints & shades of our respective colors in the spectrum. but we are often critiqued by others as if what was presented is in black & white. 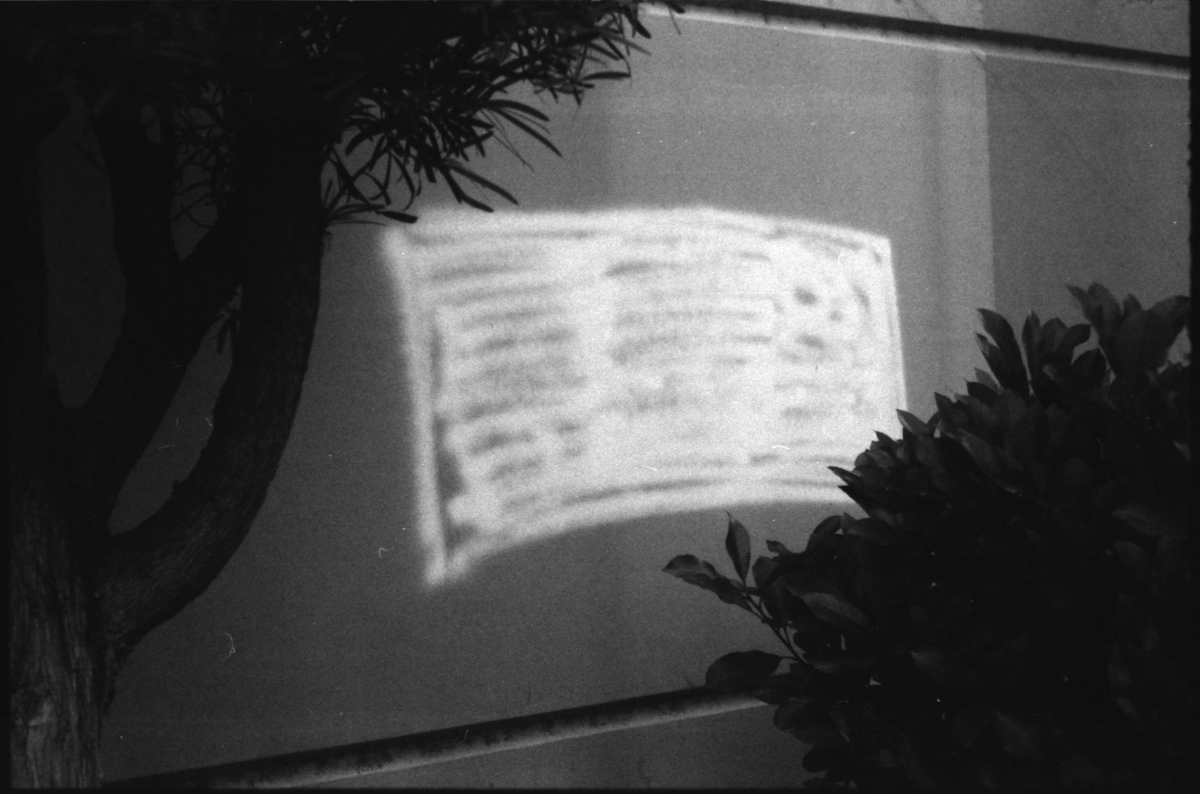 another intended for color

it’s the only way i can make sense of anything right now. people do this sort of thing all the time with one another; ignore the dynamic aspects of a person—or entire groups of people—and judge based instead in grayscale—a single point of reference meant to definitively state what is happening. a representation one more step removed from reality. observation from a vantage point of control—the photograph may have a certain depth being overlooked, revealing more than it shows, but it needn’t be minded if the point-of-view holds a different set of standards.

& like any creation, we are oft left to a path of these passive judgments. seen in one light, a consideration can be a condemnation. in another, it’s a form of praise. we all just sit here, hanging on a wall as the world outside passes by in sirens & exhaustion. so i will remain, hoping at some point the light will hit from just right outside, and more than my darkness can be seen—that it may affect someone in a better way. that this aging print of fuck-ups would offer something more than a window-dressing—that somewhere there is a space on a wall i fit in & that somebody would take me there. 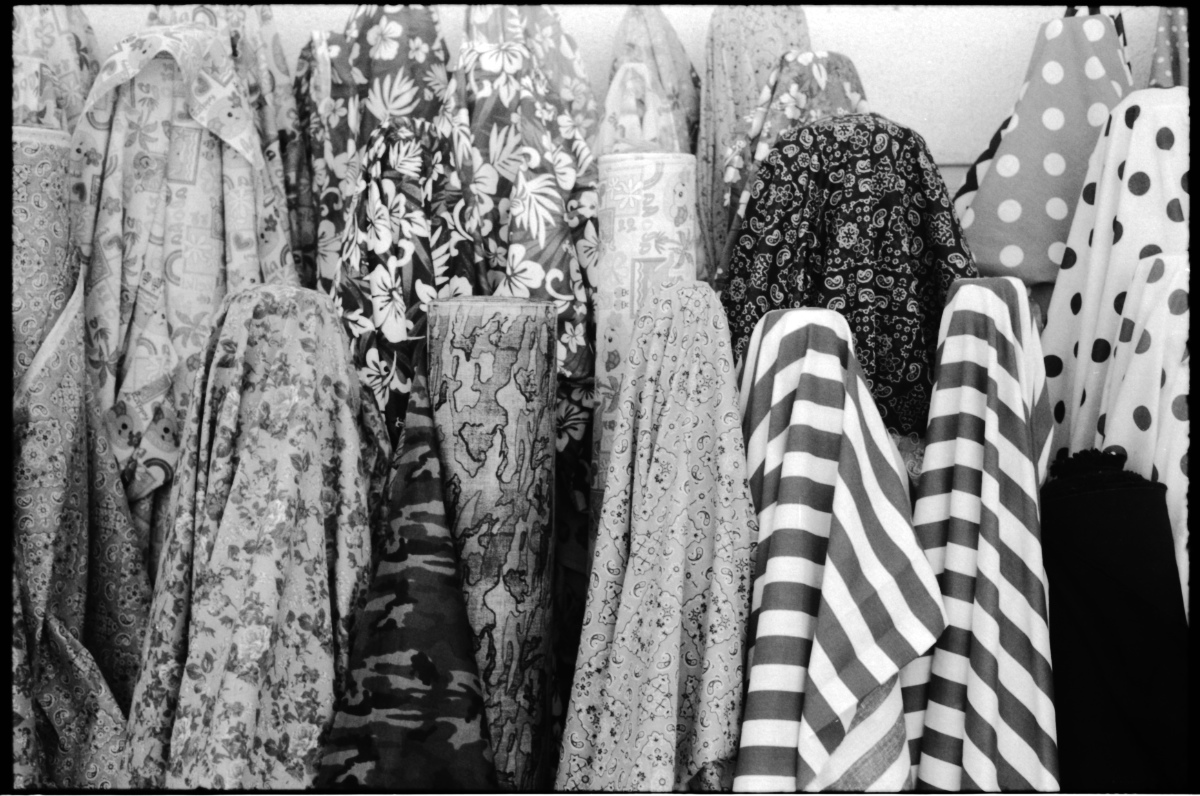 nothing left to see 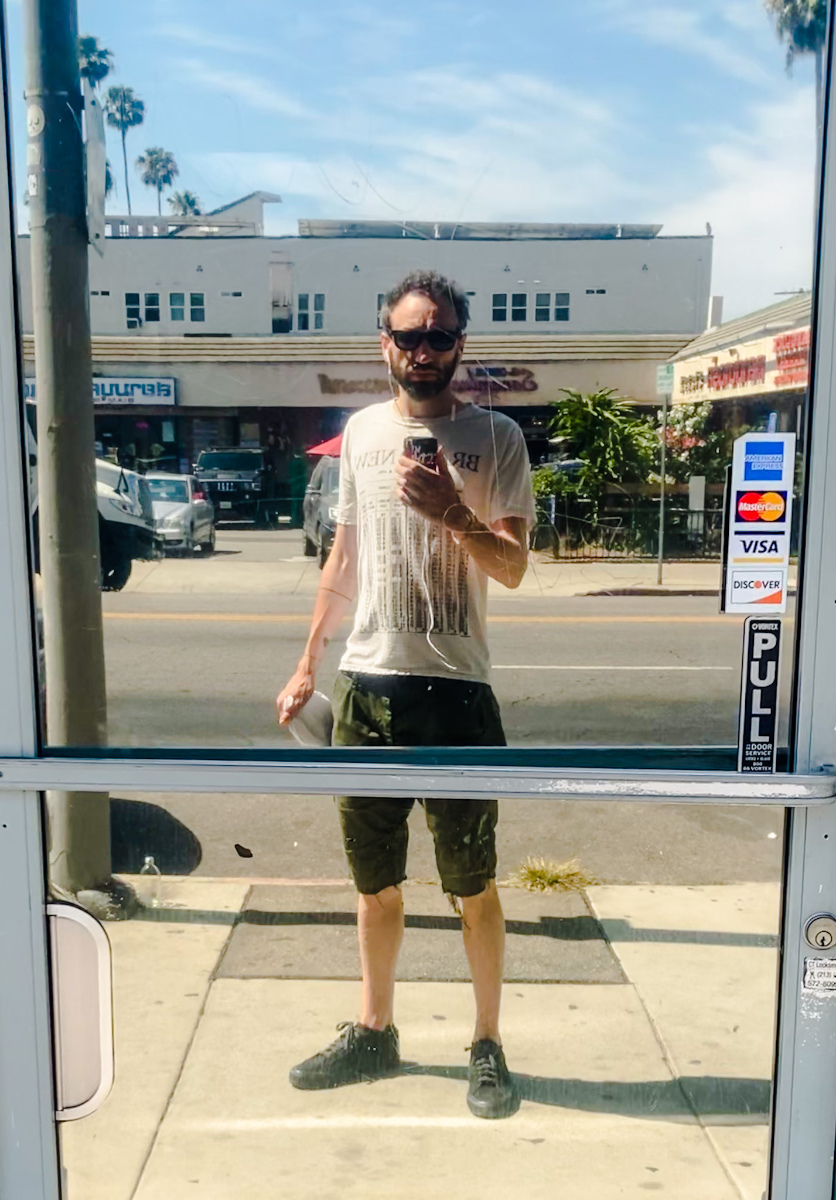 returning from the pharmacy

today i am 9 months sober—not a conscious choice, but one that kind of came with the territory when i ended up in a pasadena psych ward for 8 days & a venice facility for another two months.

i’ve been thinking a lot about dependency during this period. in those first weeks after detox, i was put on a number of medications—one for bipolar ii, another for major depressive disorder. one for panic, another to sleep. these are the new things i depend on to keep my emotional spectrum within a range where i can remain relatively in control of myself & have a better shot at staying sober.

i used to be dependent on alcohol—but that’s a different context. i’m not addicted to any of these pills. they’re such a secondary thought that i need to set alarms on my phone to remember to take them. i can have my pills & put them away without wanting to take every last one in the cabinet.

everything i take a pill for now, i used to manage with alcohol. in aa i hear, drinking works until it doesn’t a lot. that’s basically how it goes—drinking didn’t even feel like a conscious choice; it was a way to balance on the tight-rope i walked in my head. i knew my emotions & how to control them, i could maintain my sleep schedule without a strict routine. i could have the flexible life i wanted. it’s just, eventually, the crutch became a dependency that consumed every other part of my life. it worked until it didn’t.

there’s a trade-off for everything. i don’t get hangovers anymore, but i also don’t feel at home in my own head. i can’t identify emotions—or even if i’m having them. my thoughts haven’t changed from darkness, but my feelings drift between an unfamiliar lull & extended states of quiet sadness. there are no more spiking highs, no anticipation or inspiration. in sobering up, it feels like i both saved my life & lost it at the same time.

then, of course, there are people. i try to be reliable for those i care about, but like everyone i fall short. the term co-dependent has become a catch-all phrase of any sort of negativity in relationships (kind of like toxic), but the fact is people do depend on one another. if a person keeps flaking out on commitments then they’re not dependable. if a friend avoids being there when you need someone to listen, they probably aren’t much of a friend. and in this place, where i am constantly adjusting, how can i blame someone for not wanting to be around me when i don’t even know myself?

dependency is a challenging issue because using something or someone as a crutch can get harmful pretty quick. losing control of the self over time & losing that time to spinning out can catch plenty in an emotional cross-fire. while addiction tends to blind one to the wreckage, depending on this medication to keep me alive feels like i’m just watching a life not my own float by from inside my head. if i could feel anything at all, i wouldn’t know where to start.

a sliver of the moon caught my eye as i sat on the stoop. it was fighting the purple & gray clouds for visibility. my first attempt to photograph it was shit. all the praise these little computer-phones get is over-rated. they’re little more than instruments of vanity now.

it’s incredible how western civilization is built to keep us from dreaming. the clouds above los angeles in the dead of night are easily visible—the light of the city, shining up from below. the flames of hell reaching toward the heavens. one hardly ever sees the stars here. everything built for business chisels just a little bit more away from our nature. soon there will be nothing left.

do whatever you need to stay sober in the first year, i hear in aa from those with years & decades ahead. my pills in the morning keep me from violent emotional swings. my pills for the day keep my anxiety spiking into panic. my pills at night let me sleep. none of these seem to violate any code of drug use to the program—not that i’m complaining, as alcohol used to serve me for all three of these parts of living with little to no success.

loss is a strange concept for it impacts everyone but in extremely subjective ways. some losses aren’t even considered—for many, the absence of the stars in the sky might be a fine casualty to the red carpets and spotlights that have replaced them. for some, the loss of a drink may be the gain of something greater—but only with a constant diligence. it’s a self-inflicted loss to replace a self-inflicted wound.

interpersonal loss is somewhere between these two—one becomes the alcoholic abandoning the drink. the other becomes the stars, left to exist behind the veil of light pollution, never to be seen again. these are distinctly different experiences when applied to people. there may be replacements for feelings—neither the bar nor the stars have emotions for their place in the universe—but still remains a void in our lives that will only ever be filled with questions that can’t be answered. 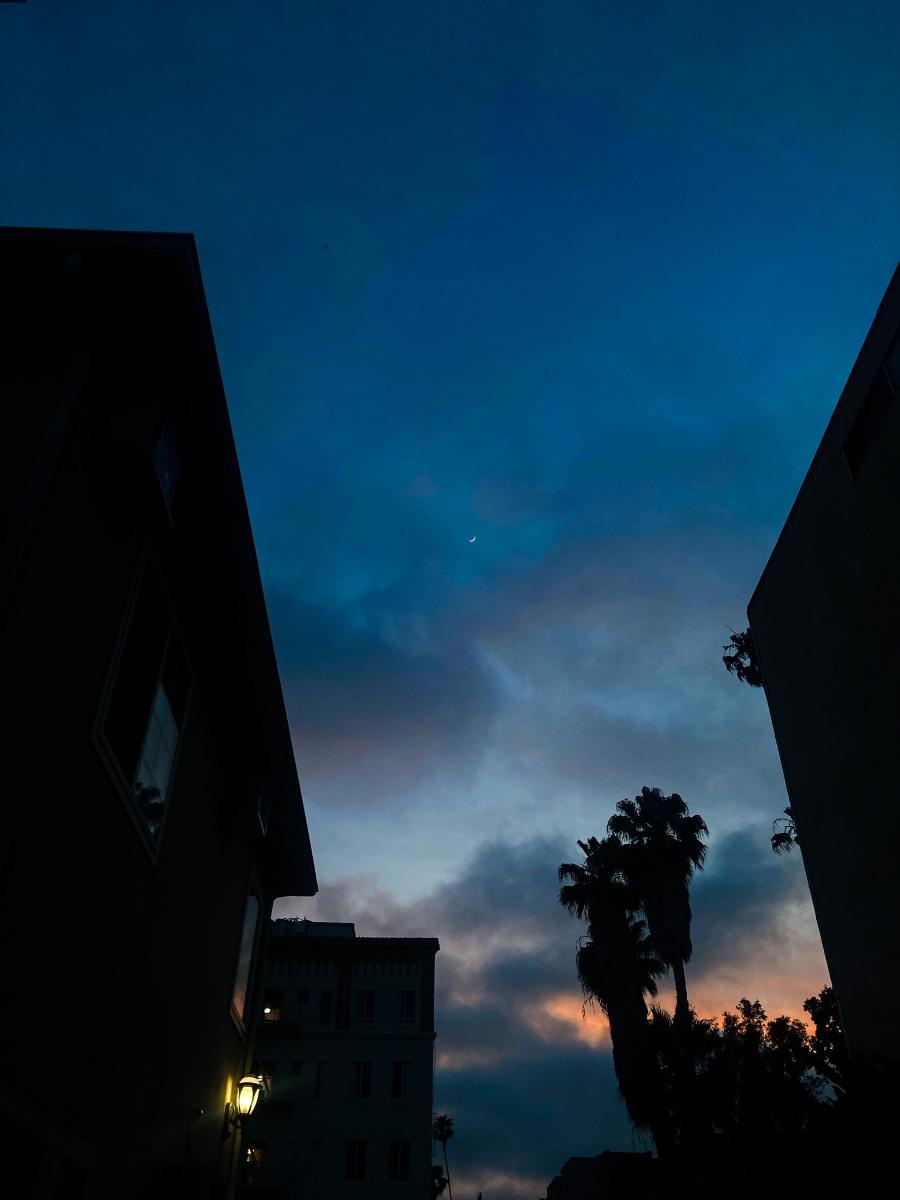 in all our vain technologies & our vapid distractions, the world insists on constructing ways to tear us apart from one another. empty houses, taller skyscrapers. advertisements for jealousy. products for comfort.

so we lose the sky for nothing, and we lose each other for the same. 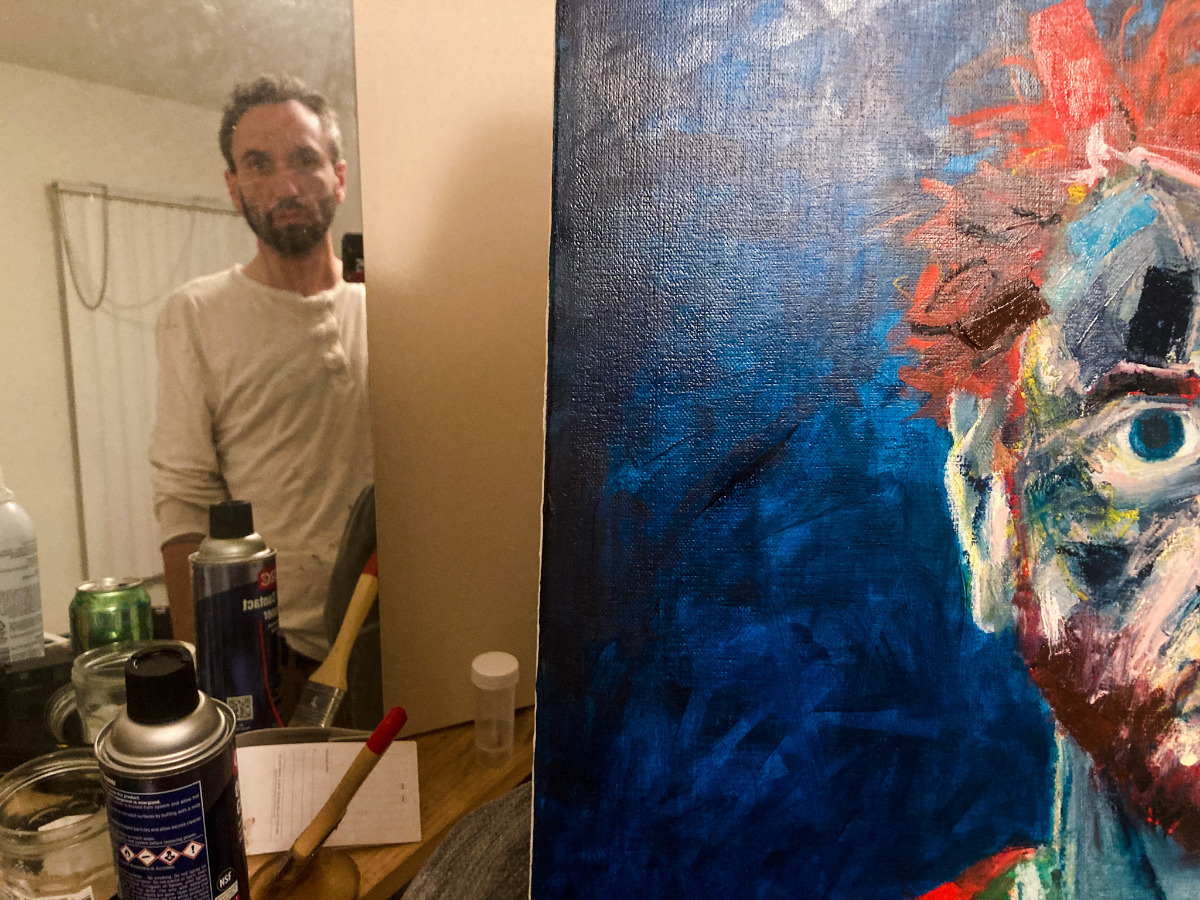 reflections in & of realities that do not exist

i suppose we all get cut up sometimes—where someone finds a weakness, previously unknown, and suddenly cracks it into a divide. where once was a whole is now discordant parts, a scratched record. the rope that binds in trust, cut to frayed ends—an invisible artery now bleeding out.

one should fill the voids of life with art. build a way out, to something else. i am having trouble with the idea of building a bridge to a place where nobody lives. i was told i use my sobriety as an excuse for fragility & it took everything i had to not drink after that. perhaps i really don’t understand people—perhaps this is just another example that i never will.

perhaps my years of losing connections to a bottle was just preparing me to lose the rest to time. 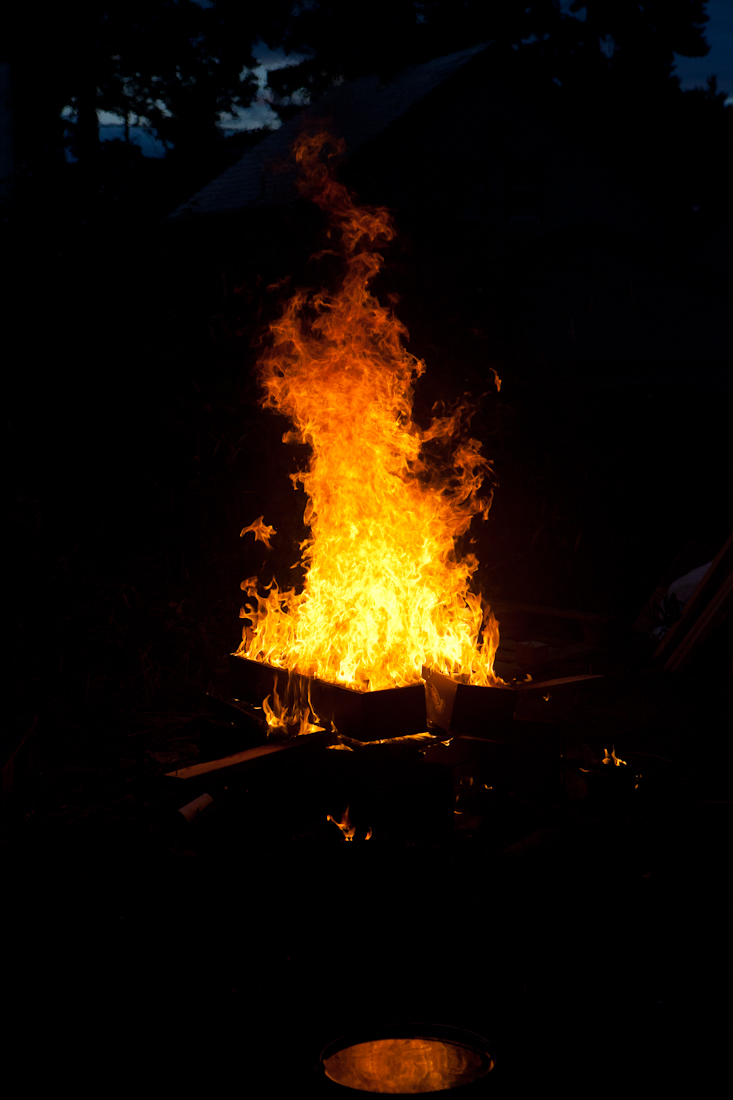 there is never a way out but through a fire. but some fires cleanse & others destroy—it’s important to know which is which.