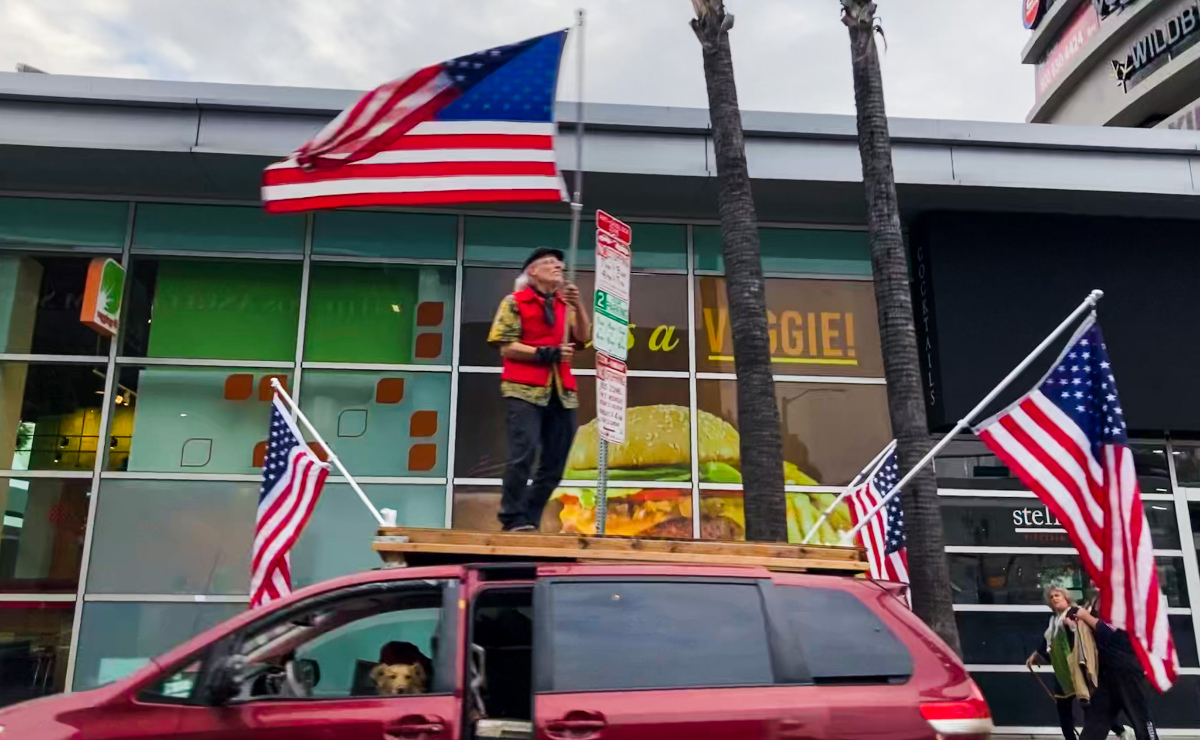 a scene on sunset blvd

these holidays in particular make for a strange set of images. is the man on the roof hoping for all to be united this season, or is he preaching some kind of ‘america first’ message? one can never know. visual calls are meaningless.

it always reminds me how the american santa claus was an advertisement for coca-cola, and yet we wonder how and why christmas became so consumer-driven. all of our tales lead to commerce. all of our languages are dying.

the written word is basically meaningless, as it draws more excuses than reason. imagery is the next to fall, as their historical affiliations and origins will be increasingly questioned. soon there will be nothing to tie the country together—if there even remains anything but the law—as tribes of interpretation will take hold.

the united states was not even born before its soul was sold, and the payback for that original sin is still to come. it’s supposed to rain all week in los angeles.