across the street from my building, there’s a branch of a palm tree hanging on by a single frond. when i sit out on my stoop i take a look up at it & think about the beauty in its fight. no life or will to speak of, but able to represent both to the fullest. after a few days of watching it, i got the feeling this dead branch simply refused to be felled by gravity—that only a storm of some sort would bring it down.

a week later, it’s still there. 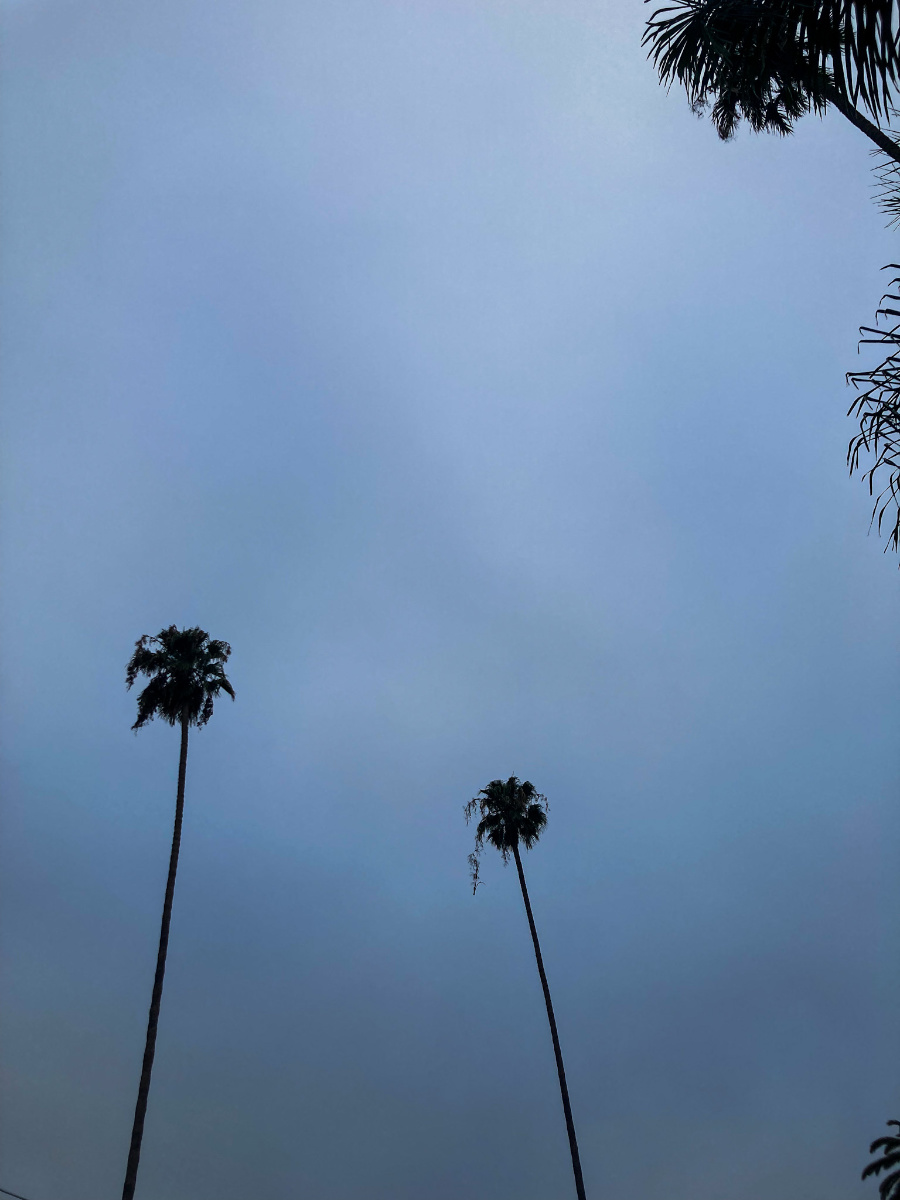 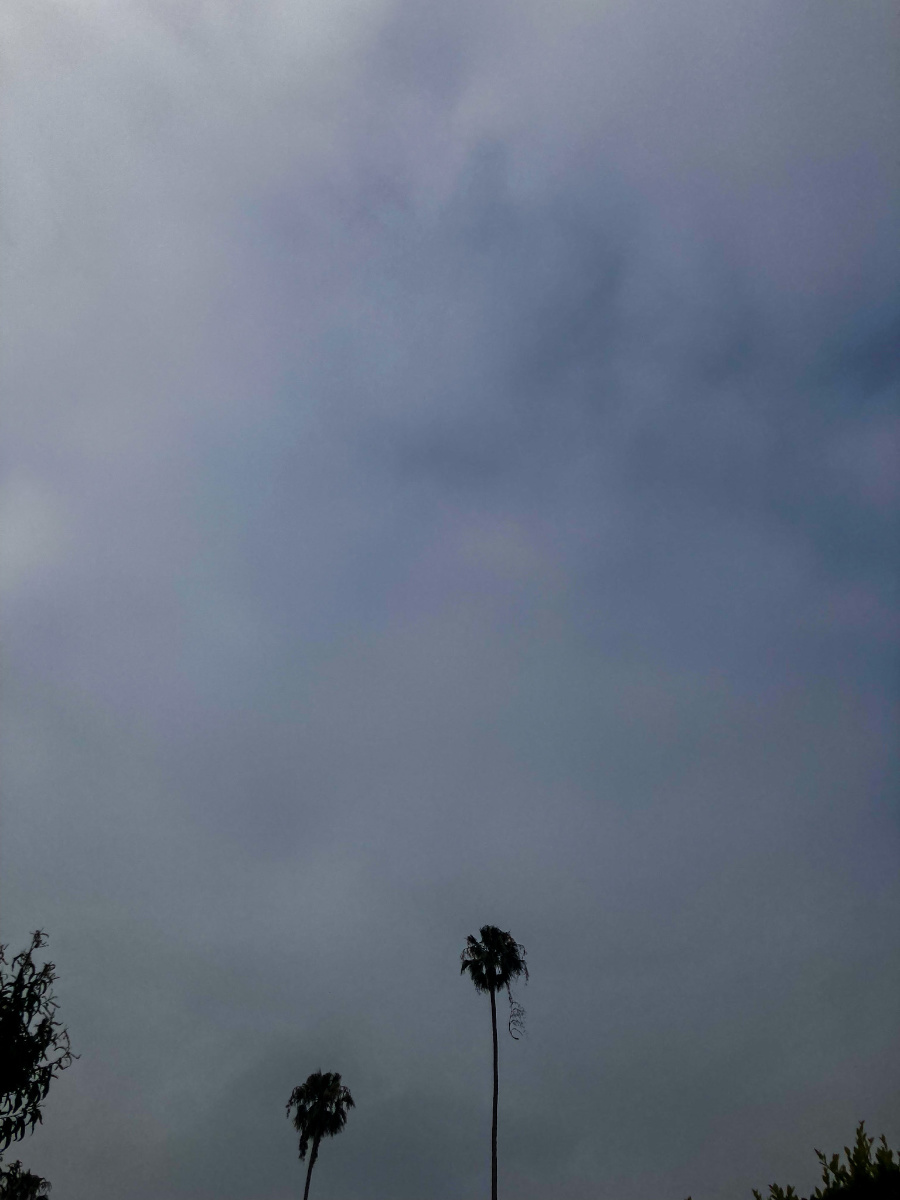 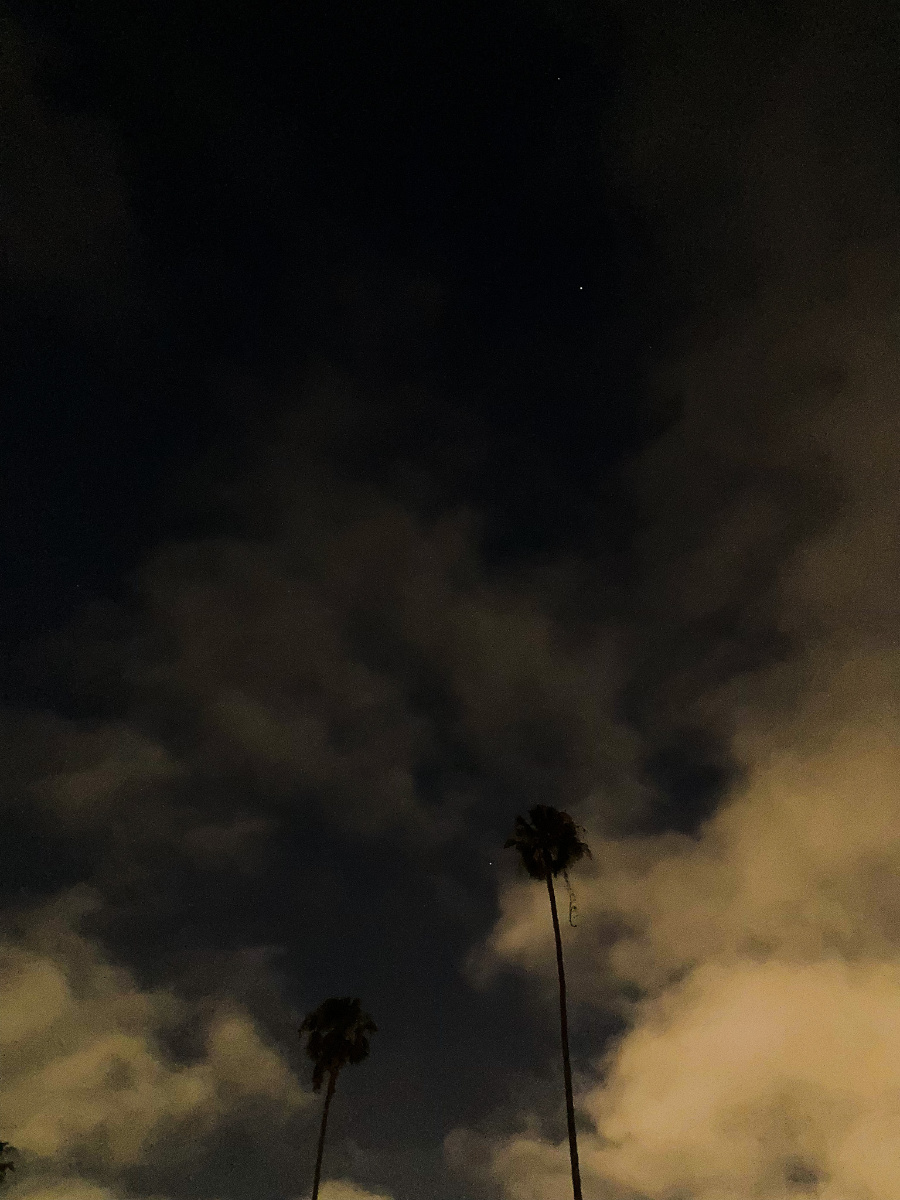 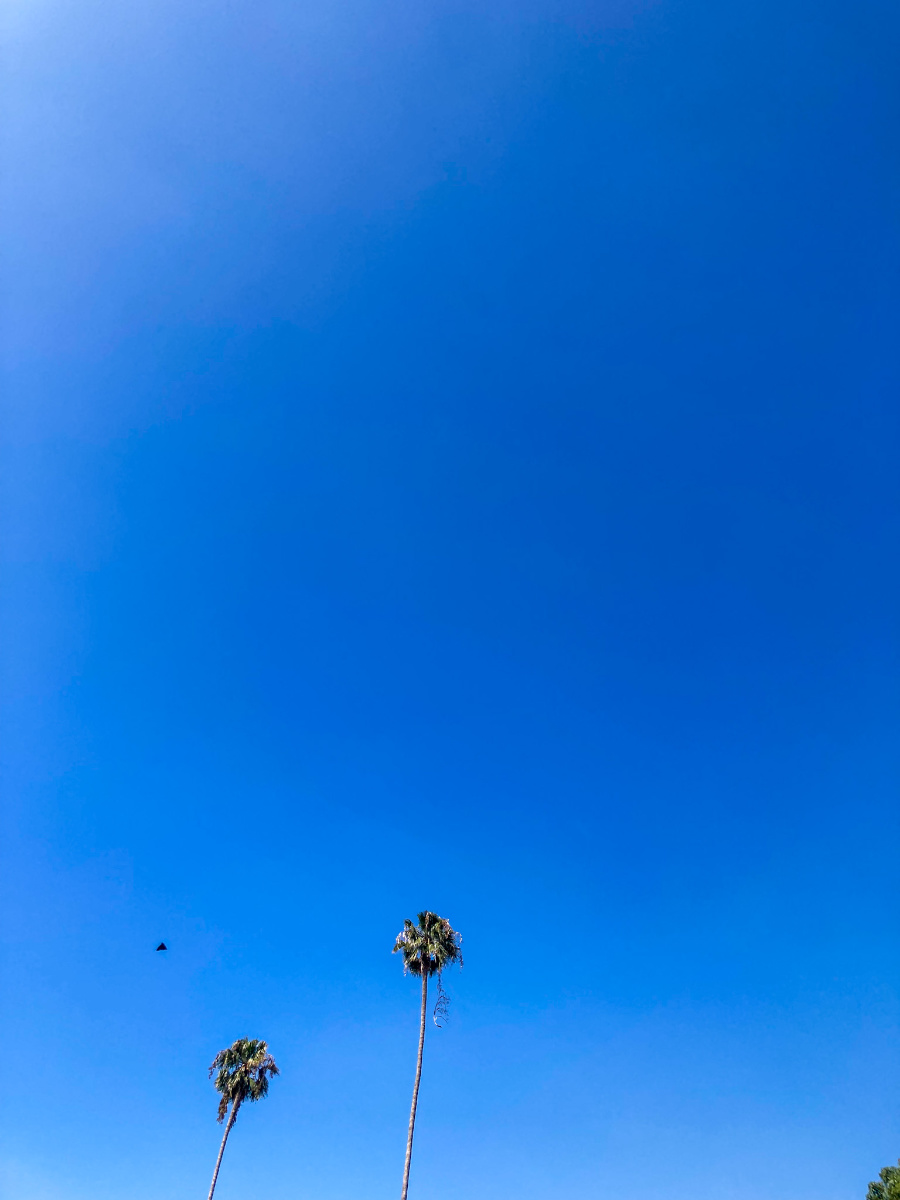 i began to snap these photos of it, just when i would remember—from my seat or while walking to my car or the corner store. at this distance it registers just enough in the frame to be recognizable, to hold visual significance. i don’t always remember it’s there, but whenever i’ve looked up, there it has remained.

it’s a wonder to me that nobody really knows how van gogh died. he was alive for 30 hours after being gutshot—some say by himself, others say by a pair of boys. if it was the boys, it would make sense van gogh wouldn’t have wanted them accused. why cause trouble with the law when your time is obviously up?

i was in a group therapy session last year when the psychiatrist said, there are only facts, there is no meaning in or to life. she looked around the room & continued, there is a table, a window. there are eight people. any meaning you take from this is all in your head.

i’ve been thinking about that these days, looking up at the dead palm frond as it hangs.

I Don’t Read Much Philosophy Anymore