i’ve seen more than a few shares of the same social media post that says something to the extent of, “frankly i don’t believe america needs a birthday party this year.” it’s stuff like this that just makes me grind my teeth. like, if something that happened in the past 365 days is what disqualifies celebrating independence day for you this year then you might as well go set off those fireworks anyway. that & maybe read some howard zinn.

this was the first week where i heard news that was legitimately scary. while overturning roe v wade sucks, there’s really nothing that can be done to change that at this point. meanwhile, a tour of election-denying fascists is in full-swing across the united states right now. i’ve been saying that i’m not sure the country survives past 2024, and this is specifically why. all of the election denial that has been discussed & amplified by the media for the past years will almost certainly end with violence in a couple years—if not this november. the report on npr is a foundation as to why. 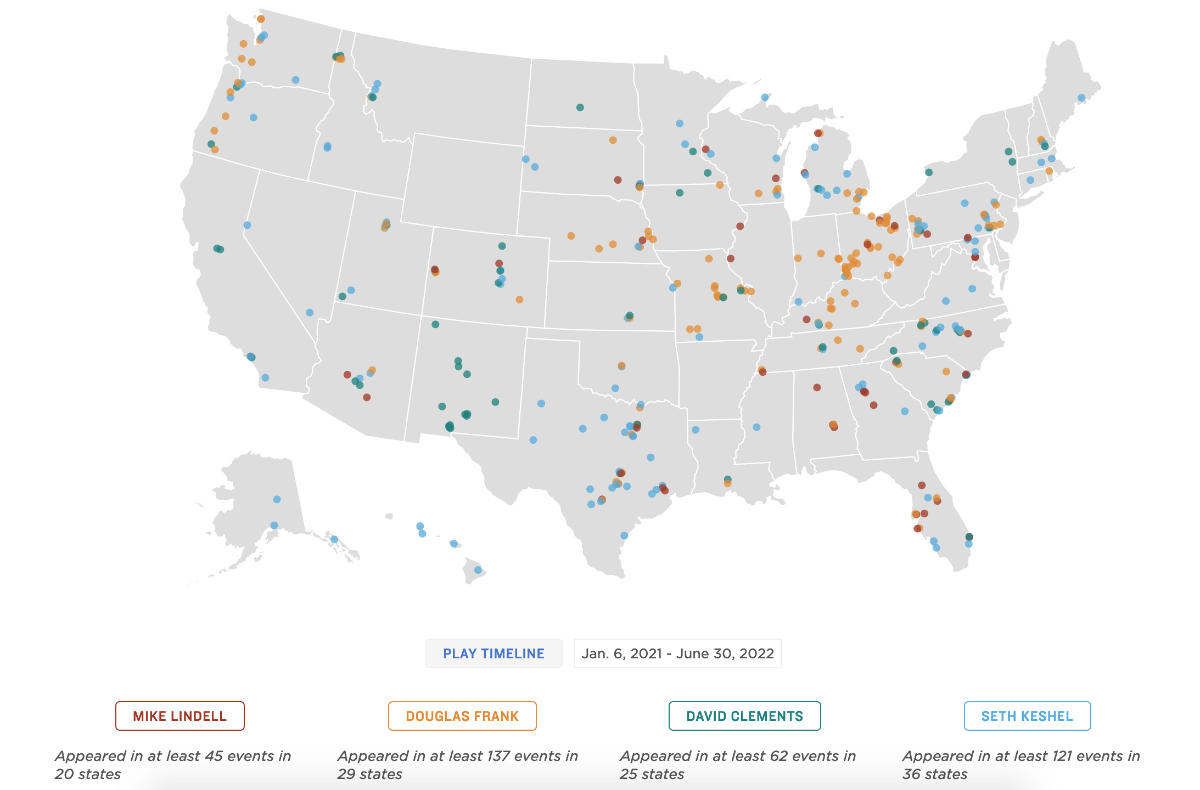 this map may just be an image of speaking locations, but it may as well be a map of potential terror cells. autonomous groups ideologically aligned that won’t need to fight under any centralized authority giving orders, because they’re being taught right now what the line is. we’ve already seen from the january 6 riots that the police are on their side. this is how it starts.

the way that the major networks gave trump free advertising before his election, they’re now doing for a fascist uprising. things like this prime-time committee hearing are making a martyr of trump to the eyes of his followers. even the liberal pundits seem to have no clue they’re just playing into a pretty dark scenario of the future. the rhetoric from the far-right may be horrific, but the liberal retort is naive & downright terrifying in its simple-mindedness that trump is the real problem.

if there were any news story in the country to take seriously right now, this one is it. there is nothing that can be done about the supreme court. the best way to react to both is in community building. it is not paranoia to take the far-right seriously. the second the midterms are over, network media is going to start discussing the presidential race & my bet is if trump doesn’t win the oval office, his people will see to it that a lot of others lose their lives until it is taken by force or there’s no office left to win.