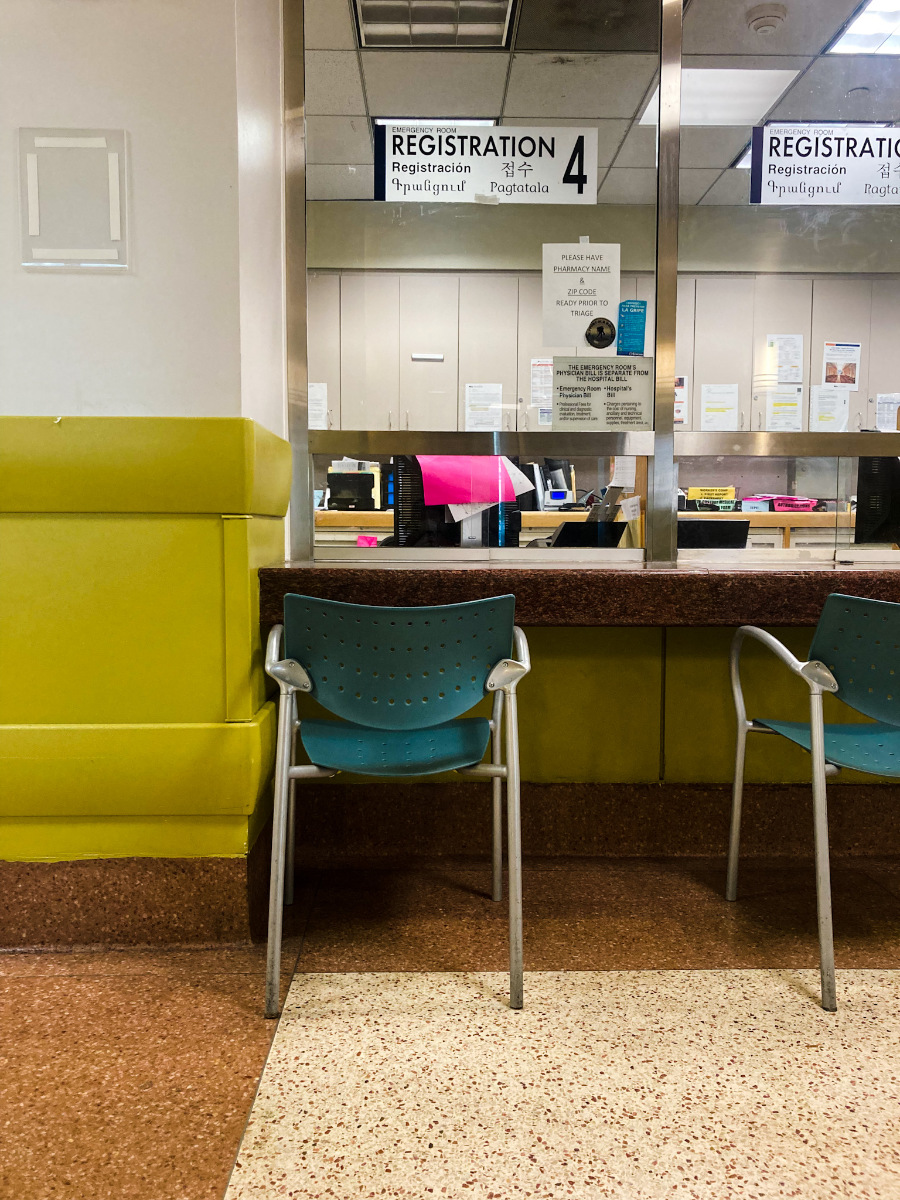 i keep a room at the hospital

closer to 40 than 39 & still having ‘first times’ in my life. this one: my psychiatrist giving me a 6:00 am wake-up call, saying, “mr. smith, my recommendation is you need to stop all your medications & get to the emergency room immediately.”

it’s a strange way to start a wednesday.

the anti-psychotic i am—or was—taking has a couple specific side-effects to look out for. one is a rash. fractions upon fractions of people get any, and fractions upon fractions of those experience dire results. i had messaged him tuesday night about the possibility of having one & it became a morning trip to the hospital. (for the past few days i’d thought it was simply irritated skin due to the chemicals i use with oil painting, until it appeared on more than my hands.)

the good news, i suppose, is that i don’t have the serious & potentially fatal thing going on. the bad is that i’m still not sure what exactly is going on, so in the meantime i am on a variety of new medications for relatively serious conditions.

even in the past day i’ve noticed the changes. i’ll be completely depleted of energy for hours—then suddenly it’s two in the morning & i have to force myself to try and sleep in an attempt to maintain routine. emotions come in waves. bad, worse, wonderful. seemingly at random, impossible to predict. at any given moment i could have a complete breakdown or find myself working non-stop.

—it’s not without some irony that all of this is happening—i’ve felt the emotional restraints of medication for some time & haven’t been able to experience my heart beat like it does. now that i am, it’s quite a relief to know ‘i’ still exist—

i have no clue what this experience will end up being, i just know that already there’s some fair extremes in highs & lows, energy spurts & exhausting crashes. it’s a tad nerve racking for these are reasons that previously have driven me to drink, but with aa still a daily fixture of life, i’m pretty sure i’ll be alright.

it is nice, though, to feel again. even in the sadness that immobilizes me, it’s a gut-punch reminding me that i am still breathing, that i still have something to lose.