i’m never sure what to make of venice beach. it’s got vibes of coney island or myrtle beach, but without the decay of new york or the need to be in south carolina. i feel like the origins of ‘bro’ culture could be traced to the gold’s gym here. the shops all fit one of three or four types—selling apparel with crass slogans, tattoos & piercings, or insanely overpriced pizza. sometimes i wonder what those who spend their lives here think about the ben & jerry’s—the only corporate operation on the boardwalk proper. 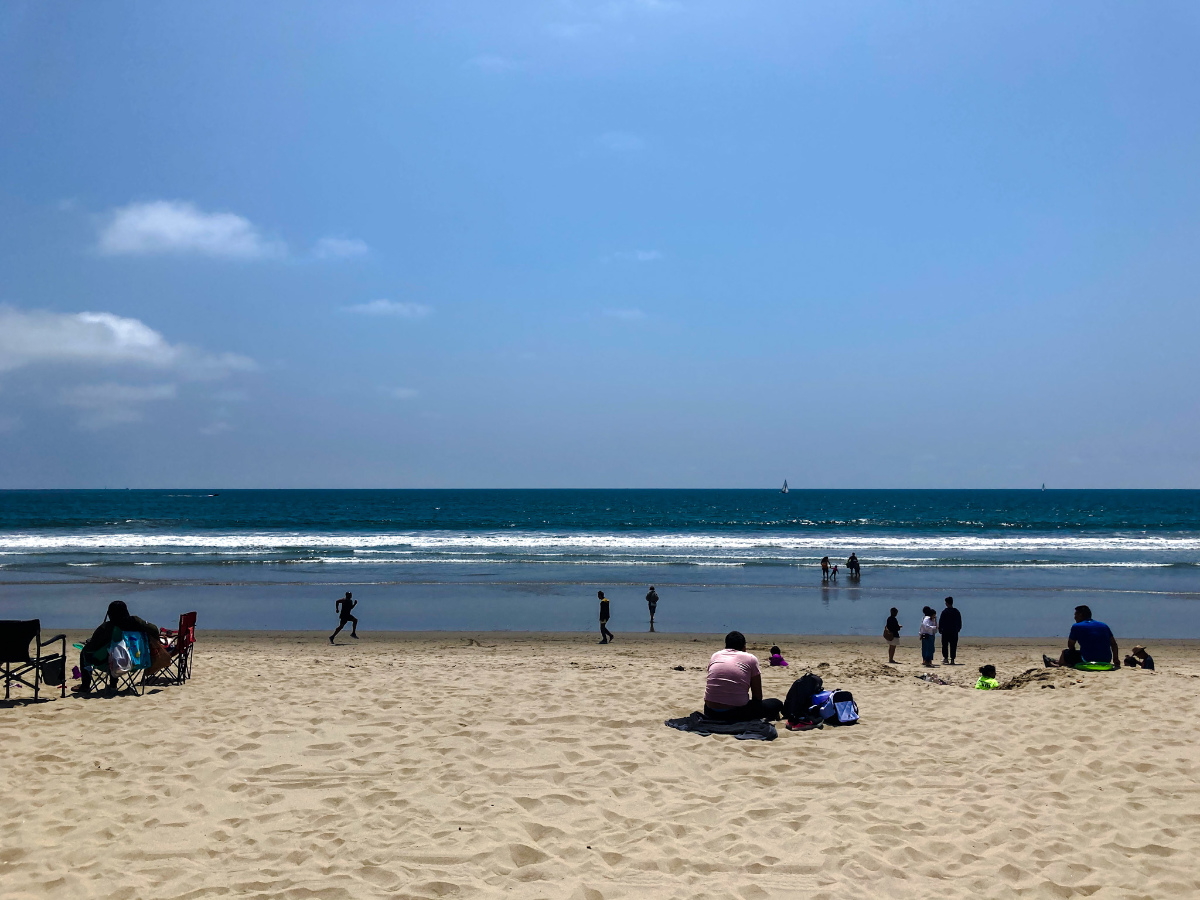 an afternoon at venice beach

i don’t come to venice much to look out at the water—my place to sit & think is on a rock wall between santa monica & malibu—but i do find it quite fascinating as an experience. like, this place is such a big deal? i learned about it—or rather, the skate park—from my hours playing tony hawk’s pro skater as a kid. i get now that arnold & the gym took it to a level of fame back in the day, and of course any beach in los angeles is going to receive attention. but the general appeal is beyond me—even if i lived in venice, i wouldn’t have anything to do with the boardwalk apart from take a few photos as i walked through it toward the water.

& that is the one aspect of this beach that is the least appealing part—after spending time at the water, losing the stresses of the world, one has to then walk back through the uneasy energy of the boardwalk. it’s a rather harsh transition from the generally relaxing waves through the fragments of chaos just to get back to the car, which kind of undoes the entire point of going to the beach in the first place.

nevertheless, i could stand & watch the skate park for hours.