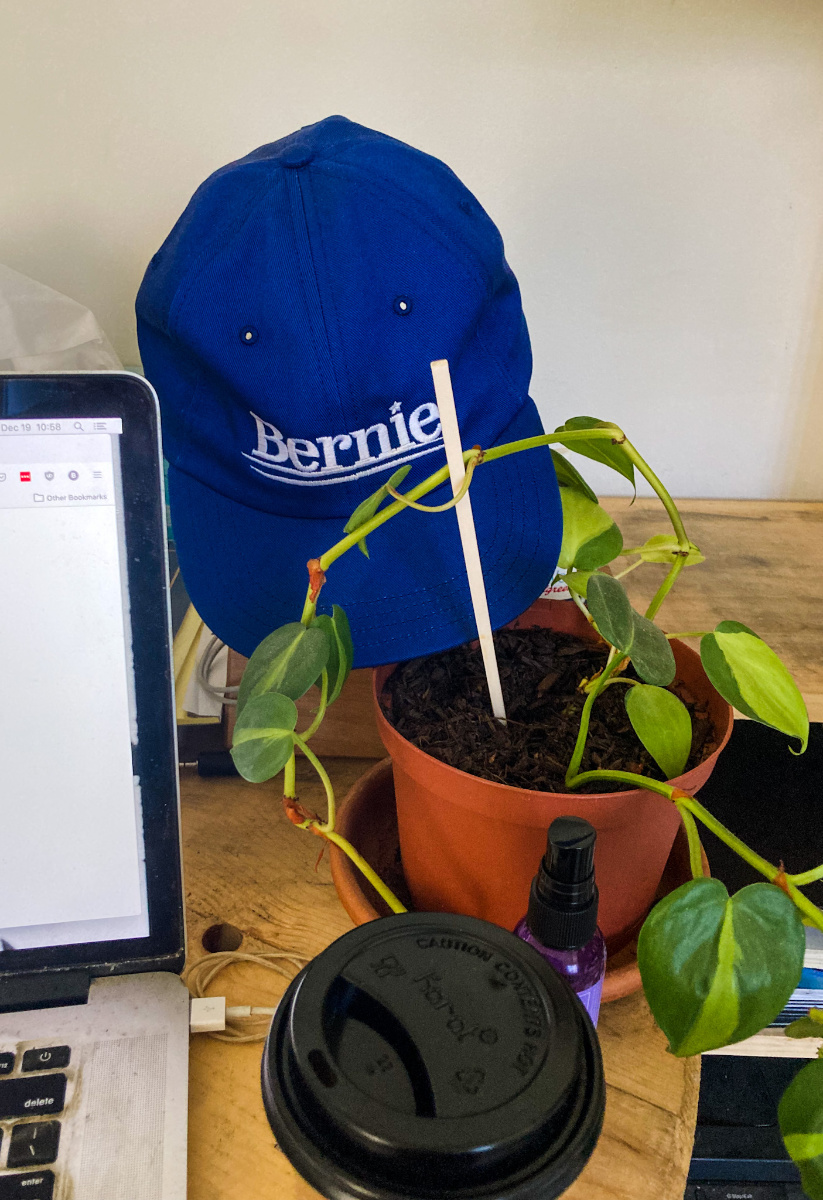 a polite older man sitting across from us at silverlake ramen asked me this as the check was being paid.

“well, of course he is, why else would he be wearing that hat?” the woman sitting across from him humorously jabbed & they laughed rhetorically for a second. i responded in the affirmative & the conversation was off to the races.

i try to mostly listen in these situations as there are few enough people in my generation that agree with my ideas, much less those who qualify for the boomer era. i didn’t need to ruin the day of these otherwise polite & kind pople. i could tell they were otherwise die-hard liberals who knew the two-party system here was just broken. they talked about phone banking for bernie & how ‘their generation’ was out in the streets, trying to affect change in the sixties.

with an obvious disdain for republicans & guns, the man told me about how the united states needs to bring in countries from around the world to ‘show us how it’s done’—japan for public transport, finland for education, etc. (i did almost break laughing when he suggested germany & israel for military, as i doubt we need two countries who’ve committed massive war crimes to add to the states’ already thick resumé on that front.) the woman, meanwhile, insisted repeatedly that, ‘we just need thousands in the streets, marching & demonstrating.’

after letting this go on for a couple minutes, just to see where they actually stood i suggested that we’d done that, and it was obama who cleared out the occupy wall street camps. “well, i think that’s different,” she insisted, obviously biased. i guess the tear gas canisters missed her that time around.

the fault of their logic isn’t that the united states can still be saved, but that the political establishment would allow it to happen. elected officials are primarily servants of the capitalist elite, and will never allow for money to go anywhere but up the food chain. i mean, hell, we’re now fighting round three of a global pandemic & at this point the government isn’t even commenting, much less committing any action.

this is how it’ll go from here on out—be it climate change or police violence or the houselessness crisis. from major city mayors to the president, they just don’t give a fuck about anything but a checkbook.

it’s too bad, as people like this couple won’t be able to live the rest of their lives without feeling some sort of combination of confusion & despair, while my generation & younger basically assume we’ll all be dead before reaching that age anyway. and these fucking politicians want us to go to work?